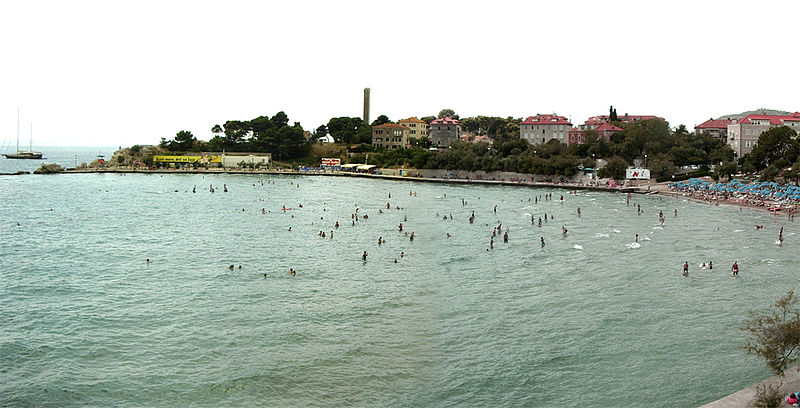 When you think of Split the first thing that comes to mind is the beautiful historical center and the amazing Diocletian’s palace. But the second thing on your mind is the Adriatic Sea and its beaches. Although Split is the second largest city in Croatia, it has several very accessible city beaches which are all rather private and small in comparison to other famous city beaches on the Mediterranean.

Definitely the most famous and most popular beach in Split is the beach Bacvice, located only a couple of minutes walk from the The View Luxury Rooms.

Bacvice beach is located in a small bay in the central-eastern part of Split, and besides its sandy shore the beach provides many different entertaining options for children and adults alike. There is a children playground just above the beach, as well as cafes, restaurants and clubs.

You can enjoy bathing on the beach during the day, or cool yourself off after a night of clubbing nearby. Other popular beaches in Split are: Trstenik, Znjan, Obojena, Kastelet, Kasjuni and Bene. Trstenik and Znjan are located in the eastern part of the city and you can reach them by foot from the apartment or by a public transport. Both beaches are made of pebble and there are cafes in the vicinity.

Obojena, Kastelet, Kasjuni and Bene are beaches located in the western part of Split, spread beneath the Marjan Hill. Those searching for an amazing view at the Marjan Hill and a bit of wilder beach surroundings should definitely try swimming beneath Marjan at Kasjuni or Bene.

Most beaches have places where you can rent sups, kayaks, jet skis or some other form of aquatic entertainment. Enjoy spending time on a beach in Split carefully, because the sun can be pretty dangerous at 35C in the shade.

Nightlife in Split
Scroll to top